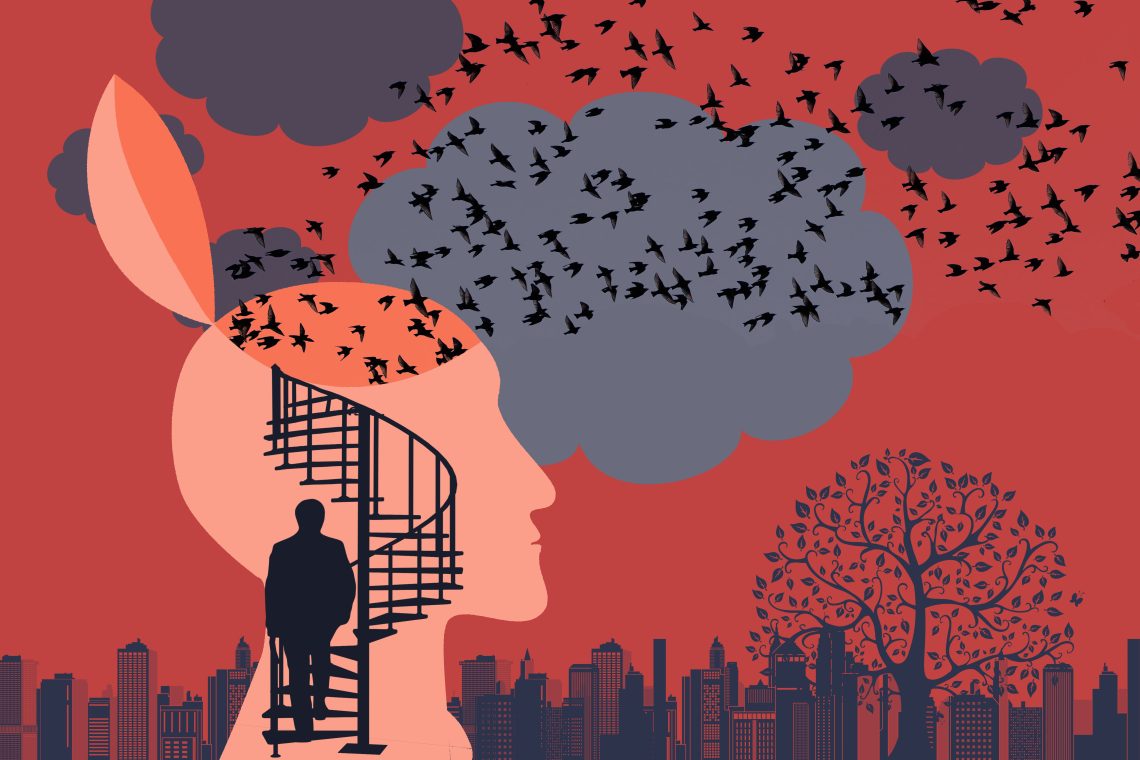 The notions of ”alternative facts” and fake news have rapidly become viral. Although research on receptivity to falsehoods is useful, there is also a problem here. These notions are often used for ideological rather than scientific purposes—the real facts of the ingroup tribe are pitted against the lies of the other tribes. We need more research that focuses not on what facts people subscribe to but on how they engage with evidence and arguments, and how to promote a more scientific (as opposed to ideological or tribalist) attitude among the public.

One interesting new line of research focuses on the notion of receptivity to bullshit, which the philosopher Harry Frankfurt famously defined (in his book ”On bullshit”) as a statement produced for a purpose other than conveying truth (e.g., persuading or impressing others).

One type of bullshit is that which emerges when someone does not really know the answer to a question but tries to say something that sounds convincing anyway in order to come off as competent. An example is the student who is bullshitting to try to pass an exam by trying to write something that sounds good to fool the teacher. This is a type of bullshit focused on self-promotion. It has been addressed a recent paper by Petrocelli (2018).

Another type of bullshit is the political bullshit. This is the type of bullshit that results when a person says whatever s/he can to place his or her own party or ideology in the best light possible and persuade others or convince them to join him or her. This is the type of bullshit that often makes political debates and opinion journalism so predictable and boring—facts are tortured and twisted to fit into an ideological ”box”, and the whole thing is more a game of trying to ”score” a goal on the opposite team and getting cheered on by your own team than a serious engagement in a rational debate in which you are open to pursuing the truth and learning something new. This type of bullshit is focused on promoting an ingroup cause or ideology rather than the self.

It is, however, the pseudo-profound bullshit that has been the main focus on recent research.

Pseudo-profound bullshit is composed of sentences designed to sound intellectually profound, through the use of buzzwords and jargon, that are actually vacuous. This type of bullshit has a long history in intellectual (or pseudo-intellectual) circles. There has even been a culture of bullshitting in some academic circles, particularly in some quarters of continental and postmodern philosophy. For instance, see this funny Youtube-clip, in which the philosopher John Searle recounts a conversation in which the famous postmodernist Michel Foucault says that in Paris you need to have at least 10% that is incomprehensible in your writings to be considered a serious and profound thinker. The postmodern movement was also the target of the infamous hoax perpetrated by the physicist Alain Sokal, who was able to publish an article crammed with bullshit in a leading postmodern journal. This is how Sokal described the article when he made the hoax public:

“I intentionally wrote the article so that any competent physicist or mathematician (or undergraduate physics or math major) would realize that it is a spoof … I assemble a pastiche — Derrida and general relativity, Lacan and topology, Irigaray and quantum gravity — held together by vague rhetoric about “nonlinearity”, “flux” and “interconnectedness.” Finally, I jump (again without argument) to the assertion that “postmodern science” has abolished the concept of objective reality. Nowhere in all of this is there anything resembling a logical sequence of thought; one finds only citations of authority, plays on words, strained analogies, and bald assertions.“ 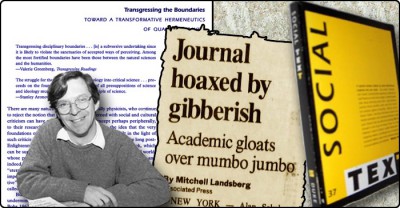 Another prominent source of pseudo-profound bullshit is New Age literature, particularly in the alliance between pseudo-science and spirituality that has come to be symbolized by the well-known New Age guru Deepak Chopra. A Swedish book called ”Life through the eyes of quantum physics” that recently hit the best-seller lists provides an almost parodic illustration of this sort of pseudo-profound bullshit. This book is full of vague Chopraesque claims about quantum consciousness and its ”scientifically proven” power to shape reality, including preventing serious illnesses such as cancer, promoting success in life, altering the magnetic field of the earth, and causing miracles. The authors not only did lacked knowledge of the basics of quantum physics, they had no interest in it either (as interviews have made apparent)—their interest was in selling New Age spirituality with the help of pop-bullshitting about quantum physics and superficial narratives about Eastern spiritual wisdom. 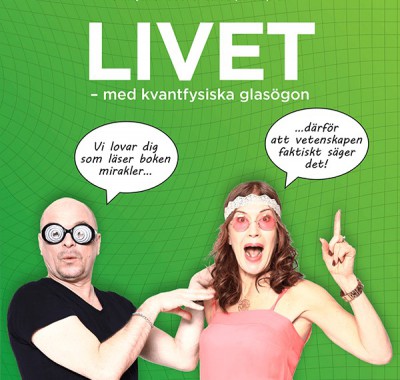 The reason that pseudo-profound bullshit is so pernicious is in part, I suspect, that it plays on the human yearning for a deep sense of mystery and understanding of the cosmos. Our existential predicament is mind-boggling and anxiety-provoking, and it is comforting to believe that there are gurus or other authorities out there with a deeper sense of the truth, and to therefore attribute your own lack of ability to understand what they say to our own ignorance.

How do you study bullshit receptivity scientifically? First, you need a sample of bullshit sentences. Fortunately, there is a very simple, algorithmic way of constructing such sentences. You let a computer randomly string together impressive-sounding buzzwords into a syntactically correct sequence. There are a number of such bullshit generators available online, including the Postmodernism generator and the Wisdom of Chopra. These sentences are by definintion bullshit, since they are constructed absent concern for the truth.

In a pioneering paper that won them the Ig-Nobel Prize, Pennycook, Cheyne, Barr, Koehler, and Fugelsang (2015) constructed a set of bullshit sentences (e.g., “Wholeness quiets infinite phenomena”) through this method, with a focus on New Age-jargon, and then let people rate how profound they thought these sentences were. The found that receptivity to the bullshit sentences was associated with an intuitive cognitive style, a lack of reflectiveness, supernatural beliefs, and other related constructs. Pennycook and Rand (2019) have later also found that this sort of receptivity to pseudo-profound bullshit plays a role in receptivity to fake news.

My colleagues and I constructed a Swedish measure based on the Pennycook et al. (2015) paradigm. We have used this measure to address, among other things, the debates in political psychology over whether there are ideological asymmetries in epistemic orientations (Nilsson, Erlandsson, & Västfjäll, 2019). We found in essence that social conservatism (and particularly moral intuitions about ingroup loyalty, respect for authority, and purity) is robustly associated with receptivity to pseudo-profound bullshit, consistent with the classical notion of a “rigidity of the right”. Interestingly, we also found a particularly high bullshit receptivity among persons who vote for the green party in Sweden, and a very low bullshit receptivity among right-of-center social liberals.

But this cannot be the whole story. For example, the greens were close to the average in terms of cognitive reflectiveness in our study. We speculated that their high bullshit receptivity is instead due to a strong openness to ideas that is not always tempered by critical thinking. Interestingly, two papers suggesting that this is indeed a mechanism underlying bullshit receptivity appeared right after our paper was accepted for publication. Bainbridge, Quilan, Mar, and Smillie (2019) found that receptivity to pseudo-profound bullshit is associated with the personality construct “apophenia”—the tendency to see patterns where none exist—which is a form of trait openness. Walker, Turpin, Stolz, Fugelsang, and Koehler (2019) measured illusory pattern perception through a series cognitive tests rather than personality questions but came to a similar conclusion—bullshit-receptive persons tend to endorse patterns where none exist.

There may of course also be other mechanisms that contribute to receptivity to pseudo-profound bullshit. For example, Pennycook and colleagues have suggested that perceptual fluency contributes to receptivity to fake news. It is possible that persons who are commonly exposed to a specific type of pseudo-profound jargon are more likely to be receptive to this kind of bullshit.

Another great addition to this growing body of research is a paper by Čavojová, Secară, Jurkovič, and Šrol (2019), which presents conceptual replications of many of the key findings on receptivity to pseudo-profound bullshit in Slovakia and Romania. I often lament that psychology fails to take the problem of WEIRD samples and studies seriously, but these studies certiainly do. By demonstrating that the research paradigm I have discussed here is meaningful and useful outside of the U.S. and Western Europe, they put this new, fascinating field on firmer ground. 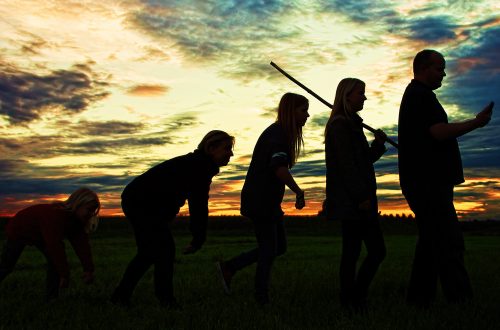 The evolutionary foundations of worldviews 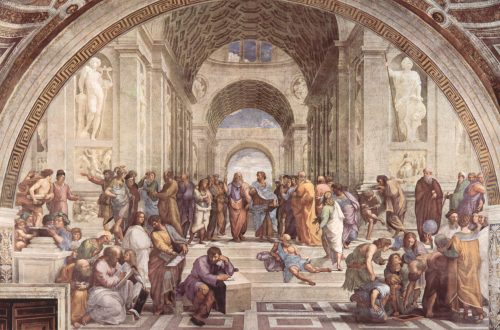